In the northwestern frontier of Greece, at an altitude of 680 meters, lies the city of Florina, between lakes and mountains and natural beauties that enchant. It is the financial center and commercial crossroads linking the country with FYROM and Albania and an urban municipality with agricultural veterinarian elements in the settlements that constitute the.

The climate (continental with cold winters, high rainfall and snowfall) and the geographical location of the city, the give and specificity, as it is “very green”, on the river Sakouleva and often in winter covered by snow, while It belongs to the national network of 22 European cities with rivers.

From an architectural point of view, Florina boasts fine examples of past centuries, Macedonian and neoclassical style, influenced by elements of the local culture, while many of its buildings date from the time of Turkish rule.

Efforts important Florina provided an opportunity to Florina be developed through programs promoting ecotourism, the utilization of European Union funds and the Community Support Framework. Wander the quaint streets and admire the remnants of other times who stand harmoniously next to modern buildings and walk through the beautiful forests surrounding the town.

Guests can experience the local history through a tour of the archaeological site of the Hellenistic city of Florina, in the south of the modern city, on the hill of Agios Panteleimonas and the city’s museums, the Archaeological and the Byzantine which housed together The Folklore Museum and the Museum of Contemporary Art. Also works the Gallery Artists Florina where one can admire works Florina artists.

The hill of St. Panteleimon, is a favorite excursion spot for residents and visitors, has a lush, beautiful trails in the forest and a lovely view from the top. On the hill you will find restaurants and bars, while the top is a cross to thirty meters which is illuminated by floodlights at night.

The neoclassical buildings, mansions Florina, next to the river Sakouleva, impress visitors and a source of inspiration for artists, painters, photographers and filmmakers, as well as the stunning scenery of the city was the scene in three films of Theo Angelopoulos (“Landscape in fog “,” The Beekeeper “and” The Suspended Step of the Stork “)

Along the river Sakouleva there are also local artists workshops. Many are the Florina artists, whose works have become known not only in Greece but also abroad.And this is not surprising since their city and its surrounding area, get a different look each season, with an impressive color palette.

Located 19 km. From the city, is organized ski center Vigla – Pisoderi, a favorite meeting point for lovers of snow and nature, with visitors from all over the country.It has a remarkable chalets and 10 slopes of Olympic specifications, which can cater for all categories of skiers and snowboarders and 5 lifts.
In the same direction and at a distance of 45 km., Is located Prespa National Forest, one of the most famous tourist destinations in Greece, an excellent area of natural beauty and world famous for its rare flora and fauna. There, it is said, “The nature imitates art”!

Prespa, will not need to look for traditional settlements, since the whole area has retained its traditional style, offering countless options during your stay. 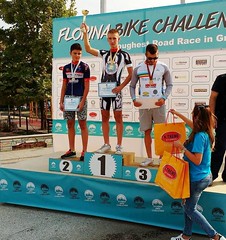